In short, my question is should I continue to use my vera lite with no plugins or scenes simply as the zwave controller or should I use an aeon gen5 zstick?

In more detail, my vera lite has been struggling and overworked for a while now and instead of going to a vera 3 or edge, I am migrating to openhab. (my story is like the rest of your’s so I’ll just say ditto) I already run a debian server on a quad core intel which is mostly idle (samba server primarily). I setup openhab, tied it into the vera and have migrated all of my lighting PLEG instances to openhab and disabled that PLEG and it is working great.

My thinking was to do a phased migration giving me time to learn openhab and get the rules right in pieces. Due to my extended christmas vacation, I have really blazed through much of the learning curve.

I have seen a few references to people preferring the vera’s zwave chip but most, if not all, were using raspberri pi. I’m working with more powerful x86 hardware with plenty of compute and memory.

There are a few reasons to keep Vera to run the ZWave elements of your setup. Over time, these will likely be addressed, so the decision to cutover will get easier:

. Placement - put the ZWave controller where you need it, not where the compute engine is.
. ZWave Network Backup/Restore
. Antenna hacks - for range
. Lock support

I’ll be intrigued to see how the newer Vera model works out, the Zigbee radio could come in handy… Not sure about the BT PAN though… Range isn’t that flash on BT so putting it into a whole home controller may not be the best idea.

Thanks for the great points!

I was expecting to keep it in the loop for locks. I don’t have any yet but plan to get a couple.

My vera is literally sitting on top of the server case so location is irrelevant in my case. I haven’t really had range issues that I’m aware of.

I’ve never really needed the backup and restore option outside of the never ending broken firmware updates but could see the value for hardware reliability. I know there was some discussion that the gen5 stick was supposed to get this feature.

Side question, I think I read that you use a DSC system. Do you use the binding through openhab or vera? As of right now I’m basically using openhab as the rule engine as the evl will only talk to one system at a time. I was going to rewrite my rules bit by bit and then redefine the .items to point to the local dsc binding once I was ready. I read elsewhere (I think it was your post) about the low latency in this arrangement but I have noticed a slower response to turn on some lights. This may be due to my vera still being at 150% memory until I can remove the plugins.

ZWave range issues can be hard to diagnose, you can check the logs to get a sense of what’s going on under the covers. It also plays to some devices that can only send notifications “directly” and not via ZWave hops, since the antenna effectively removes the need to route… Which can be very useful, depending upon network size/setup.

The backup stuff is for the ZWave network itself, and is really about rebuilding/restoring the network when the device fails… And they do fail. I’ve PMd Chris in recent weeks to let him know its possible to hack a backup in all ZWave versions… It’s not just a ZWave plus thing, since there’s already a trick Vera uses to do it

For DSC, I wrote the Vera Plugin and gave some pointers to Russell for the openHAB DSC Binding. My primary system is a a Paradox EVO, and I haven’t yet converted my Vera plugin to openHAB … It’s still running on my Vera.

There is some software floating around that lets two or more devices connect to the same Envisalink EVL, so in theory you could run both bindings simultaneously. I can’t find the reference atm, but believe there’s a pointer in the EVL forums about the code that does it.

I don’t have noticeable delays in my system, but I only have it (a Vera 3) running ZWave, Paradox, System monitor and Weather plugins… And no Lua/Declarative Rules/scenes - they’ve all been converted to openHAB. Of those, it’s only the ZWave and Paradox that see any real action…

One thing of note is that Rules do take longer on the first time they’re executed. If you’re editing OH setup frequently, then those delays will add up. Once you’re completely setup, and stop editing stuff, you shouldn’t see delays… More than happy to look at your (debug) logs to see if anything is out of order… Just wait until the new yr for that.

The reference DSC Alarm proxy can be found here: 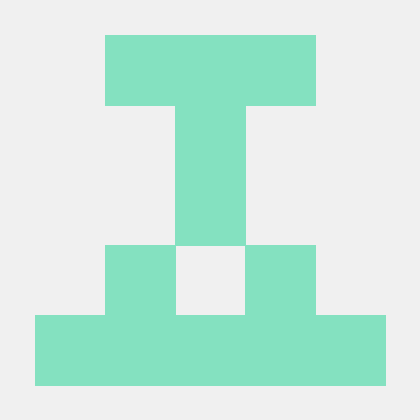 I appreciate that. I’m still finding how I will settle into the whole thing. The vera was a bit of a black box to me. I’m a systems engineer and understand linux well but I never dug into their stuff too much… perhaps just too lazy.

To me it is what I thought I was getting when I bought the vera lite 2 years ago.

I ordered a aeon stick the other day but I think I may leave it in the box and leverage the vera for a while longer. If nothing else, I don’t want to risk my thermostats not working properly.

I would be interested to discuss identifying range issues. I wouldn’t want to dump the job on somebody else but rather learn how to identify myself if possible.

As for the DSC plugin, I’ll likely migrate that to openhab unless it lacks functionality. I want to avoid the number of shims and glue. I haven’t messed with disarming with code through openhab yet. But I have to shut down the vera every time I was binding directly the evl so I mostly have done my dsc stuff through the vera at this point.

Thanks Brientim for the link!

I brought up an Aeon Z-Stick Gen5 as a secondary controller to my Vera Lite. My thinking was that OH would use the Z-Stick to listen to sensors and the Vera for everything else. The problem was that it brought the Vera to its knees. The web interface was so unresponsive that I couldn’t do anything with it. Removing the stick and the Vera would come back.

The problem was repeatable but I didn’t spend enough time to sort it all out.

Too bad we can put openhab ON the veralite unit

Well, for basically the same reason I started looking for OH was that the veralite was struggling specs wise.

I’ve been running OH since December using the vera ONLY for z-wave and the only thing I had to reboot was the vera thus far. If there was better zwave support for OH I would probably ditch the vera all together at this point. VERY happy with OH by the way. Well worth the jump if you are savvy enough to set up the rules and items.

My OH install is using 307MB of memory at the moment let alone 100MB+ for mysql persistence and apache etc.

I know people run OH on raspi but I also see those people looking for performance tweaks. My quad core j1900 system laughs at OH while doing about 30 other major tasks such as mongodb, cacti, splunk, ubiquiti controller, samba file redirection for my windows boxes and uses 25 watts and that’s spinning a 4tb sata drive.

[quote=“ChrisK, post:7, topic:190287”]I brought up an Aeon Z-Stick Gen5 as a secondary controller to my Vera Lite. My thinking was that OH would use the Z-Stick to listen to sensors and the Vera for everything else. The problem was that it brought the Vera to its knees. The web interface was so unresponsive that I couldn’t do anything with it. Removing the stick and the Vera would come back.

The problem was repeatable but I didn’t spend enough time to sort it all out.[/quote]

Now I have a question, the Z-Stick never reports status from my Ecolink motion sensors. Is this because it is a secondary controller?